Real Madrid’s plans for a multi-million pound redevelopment of the Bernabeu stadium have suffered a setback after an agreement with the city council was quashed by a Madrid court.

The European champions have ambitious plans for the iconic venue but Madrid’s High Court has put the renovation on hold with the club under investigation over a related land deal.

The club said in a statement: “The High Court of Madrid has overturned the agreement from November 15, 2012, issued by the community of Madrid’s Governing Council, which approved the specific modification of the Madrid general development plan, a decision that affects the Santiago Bernabeu.

“Following this ruling, Real Madrid will work with the city council and the community of Madrid to address those aspects that require attention in order to make the Santiago Bernabeu reform project viable.”

Real Madrid announced plans just over a year ago to make the Bernabeu “the best stadium in the world” with an estimated £297million development, which would include the construction of retail, leisure and restaurant zones, a hotel and underground parking. 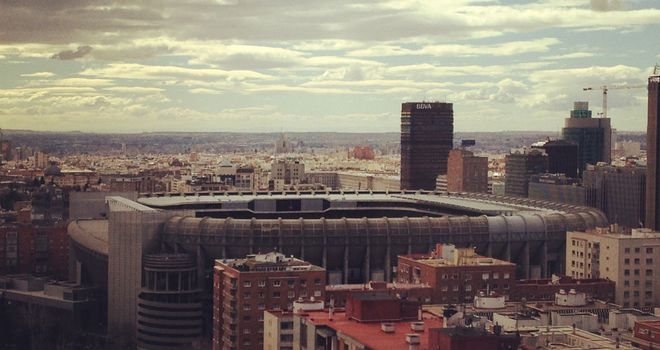 However, in August last year the High Court upheld a complaint by environmental group Ecologists in Action to halt an agreement with the city council for the development whilst the club were under investigation by the European Commission for illegal state aid.

The Commission is investigating a land deal which saw the city council reclaim land in the Las Tablas area of the city for a value in excess of 22 million euros in 2011, 13 years after it was wrongly sold to the club for just under 500,000 euros.

To compensate the debt owed to Real Madrid the club were given land around the Bernabeu and in the Opanel and Valdebebas areas of the city, where the club’s training ground now stands.

The agreement signed in 2012 would have seen the land in Opanel handed back to the council as well as a public park created on one corner of the ground in exchange for the commercial development next to the stadium.