American Justin Gatlin ran the joint second-fastest time of 2015 to beat Asafa Powell and Tyson Gay in the men’s 100m at the Diamond League in Lausanne.

The 33-year-old, who has served two doping bans, ran in 9.79 seconds ahead of next month’s world championships.

Powell and Gay both ran 9.92 seconds, while Usain Bolt was out injured, although the Olympic champion plans to defend his world title in Beijing.

Gatlin, who set the best 100m time of the year with 9.74 seconds in May, had an eight-year suspension halved to four years after testing positive for testosterone in 2006, five years after first failing a drugs test in 2001.

“I love this track,” he said. “Last year I ran 9.79 seconds, and this year there was more competition.

“It’s always good to face the best – it’s like a heavyweight boxing match. That’s what I want to do.” 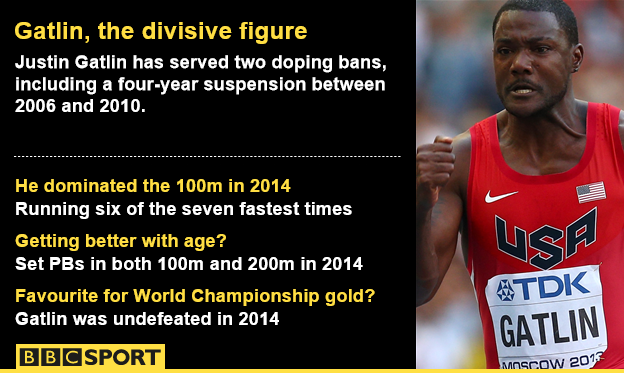