If you believe the old adage, there are only two certainties in life; death and taxes. In Italian football, an annual Juventus title triumph seems to have been added to the list of human inevitabilities.

The Bianconeri has claimed the Serie A crown for four years in a row — doing so by a mammoth 17-point margin last term.

But while it may struggle to match that convincing points surplus this season, Saturday’s hard-fought 1-0 victory over title rival Napoli means Juve is now hot favorite to make it five Scudettos on the trot.

Juve trailed its southern opponent by two points coming into the match but now replaces it atop the table thanks to substitute Simone Zaza’s late deflected strike.

The result also means Juve has won 15 Serie A games in a row and halted Napoli’s own nine-game winning streak in the league. 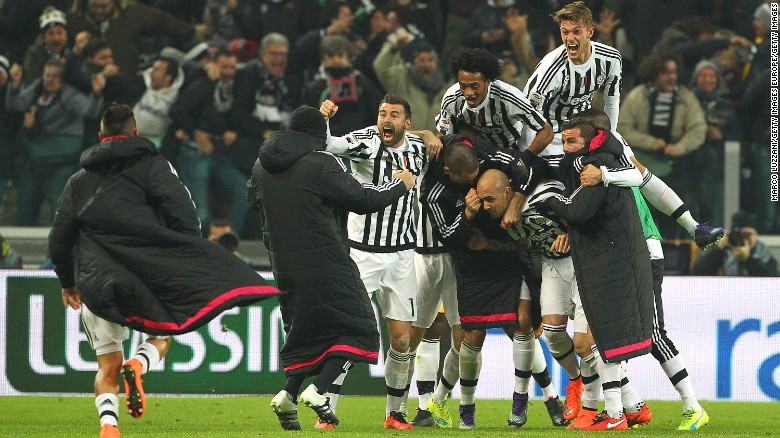 Simone Zaza (center) celebrates with his team-mates after scoring during the Serie A match between Juventus and Napoli.

Italian international, Zaza, was mobbed by teammates keenly aware of the importance of his goal.

It’s dramatic, last ditch nature also strikes a significant psychological blow against a team without a Scudetto since 1990.

“I hope it’s a decisive goal as far as the title race is concerned,” Zaza said in comments to the Juventus website after the match. “The good thing is it’s now in our hands.” 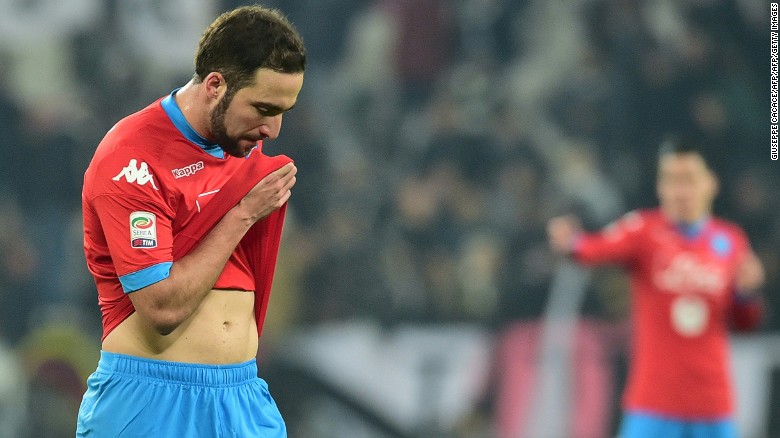 Gonzalo Higuain trudges from the field after Napoli was defeated by Juventus.

The Argentine international has been on hot goalscoring form this season but received little change from an stingy Juve defense all evening.

The closest Higuain, and Napoli, came was when Leonardo Bonucci stretched to prevent Elseid Hysaj’s cross meeting the striker’s head on 35 minutes.

However, Juve didn’t see many more clear cut chances itself.

Patrice Evra blazed high and wide from 10-yards out at the beginning of the second period.

Paulo Dybala then wasted a better chance on the hour with the Argentine striker firing over when the ball broke to him on the edge of the Napoli area.

But when Zaza wriggled free in a similar position in the game’s dying embers, a cruel deflection off Raul Albiol saw the ball spin over a despairing Pepe Reina in the Napoli goal.

It was a goal that was late, but perhaps as inevitable as death and taxes. 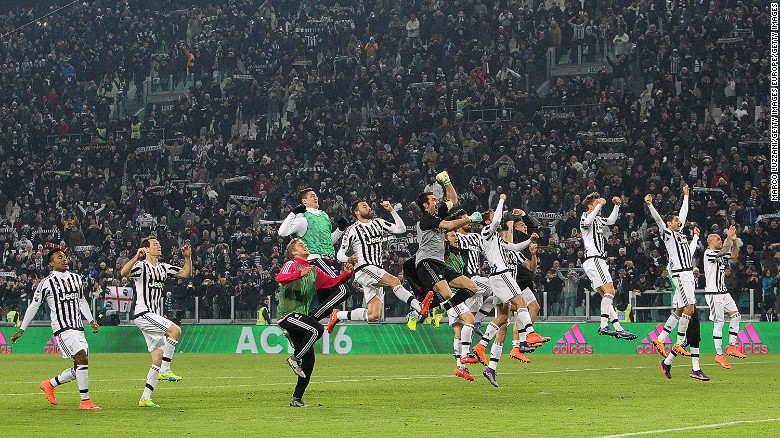