Kotoko's Dauda Mohammed expected to cause a stir

Citi Sports’ Rahman Osman highlights ten players who are very likely to grab the headlines in the 2015/2016 Ghana Premier League which starts on February 20.

The forced holiday period is over. Match venues are ready, coaches have their team set for a marathon season, players are ready to treat fans to sweet football.

With the 2015/16 Ghana Premier League set to kick off this weekend we bring to you some players who look set to make the season a very memorable one.

Some of the players will be tasting elite club football for the first time with some being good dogs who wish to rekindle their careers.

The local scene has been stereotyped as being bereft of talents but the upcoming season promises to disprove this stereotype that has been keeping fans away from the various match venues.

We take you through a few players to watch this season:

Born and raised in Siakwa in the Brong Ahafo region, he began his professional at Berlin FC in Berekum (the club that discovered Agyemang Badu).

He traded Berekum for the mining township of Tarkwa where he signed for Medeama SC.

Akwasi Donsu took time to find his feat which his appearance limited to the Cup competitions.

That was a blessing in disguise, the young midfielder took the FA Cup by storm scoring 6 goals, of which 5 were in the last 3 games as Medeama won the trophy for the 2nd time in three seasons.

When WAFA were outplaying Medeama in the quarter finals with the result still at one all, the young midfielder rose to the occasion to net 2 direct free kicks which took the Mauves to the semi final booking a date with Hearts Of Oaks.

Like a scripted movie Donsu proved to be the hero once again netting a brace against the’ Oak Tree’ at the Robert Mensah Stadium to send Tom Strand’s side to the grand finale. Akwasi Donsu’s romance with the FA Cup competition ought to have ended on a high, exactly it ended.

The young lad played like he was possessed by football demons helping his team to beat the Porcupine Warriors by two goals to one, with his name on the score sheet. If any player is going to wow fans this season, my bet is on Akwasi Donsu. 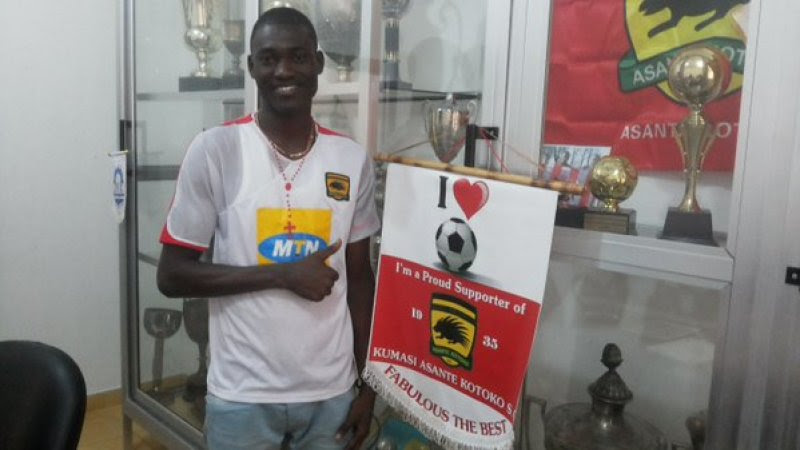 Berekum Ronaldo, a nick name he earned during his days at Berekum Senior High School.

Bennett Ansu Ofori broke into the local scene as a teenager for Berekum Arsenals where he showed glimpses of his talent, treating fans to fancy tricks and show boating just like a young Cristiano  Ronaldo.

He moved to rivals Berekum Chelsea when Arsenals got relegated after the 2012/13 season. At the Blue half of Berekum he quickly became the fan belt tearing fullbacks apart with his pace and tricks at both wings. His talent came to full display with emergence of Berekum Chelsea’s strike duo of Stephen Baffour and Kofi Owusu who together scored a combined goals of 30 with Ofori as the main creative force behind them.

The nimble footed  winger is now at a bigger club with a bigger expectation.

All he needs to do is add efficiency to his game like his mentor Ronaldo did when he traded his fancy tricks for goals and assist during his formative years at Manchester United. 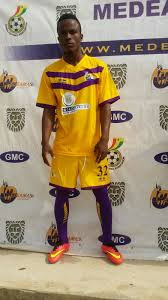 At 17, with no top flight experience yet dreaming about a Black Stars call up. He is no stranger to followers of the second-tier of Ghana football as he was awarded the most promising player of the 2014/15 National Division One League playing for Windy Professionals.

Medeama SC were smart to sign him up before his name started dominating the main stream media.

The Tarkwa Mauves are noted for their attacking brand of football and Coach Tom Strand will have for himself a technically gifted player who fits precisely into his game plan. For Atta Agyei, Strand’s guidance could open big doors for him in a few years. 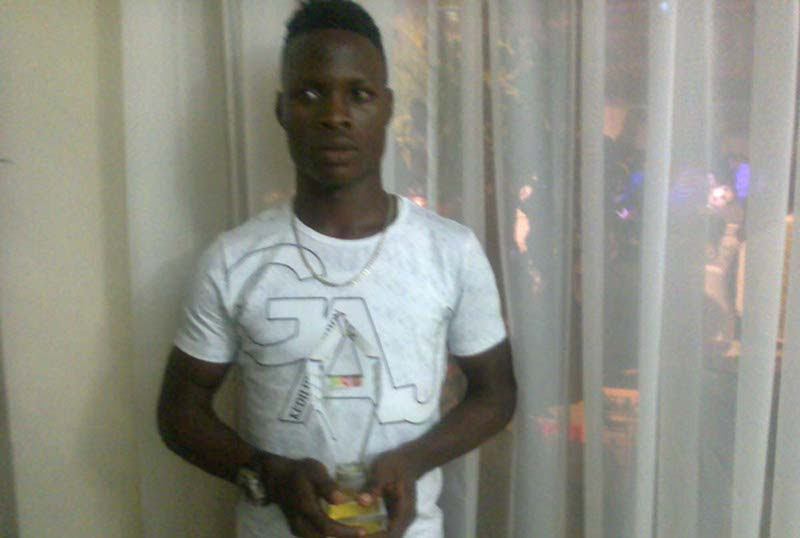 The 19 year old sensation was scouted by the then Sekondi XI Wise manager Nana Kwaku Agyemang at Nungua town park playing colt football. Life at XI Wise did not go as planned for the then 12- year old who had to say good bye to his parents moving to a different city with a different culture. He became home sick making his stay at the club very short. Few years later he was seen in the colours of King Solomon FC in the Division One League.

The attacking midfielder was adjudged the best player in the 2015/16 Division One League beating competition from Joel Fameye and Enoch Atta Agyei.

He won the most valuable player  8 times, scoring 4 and assisting over 20 goals. He is everything the Phobia boys need to start their rebuilding process.

Saamu, as his affectionately called, is on his way to becoming the new Charles Taylor for glorious Hearts Of Oak. 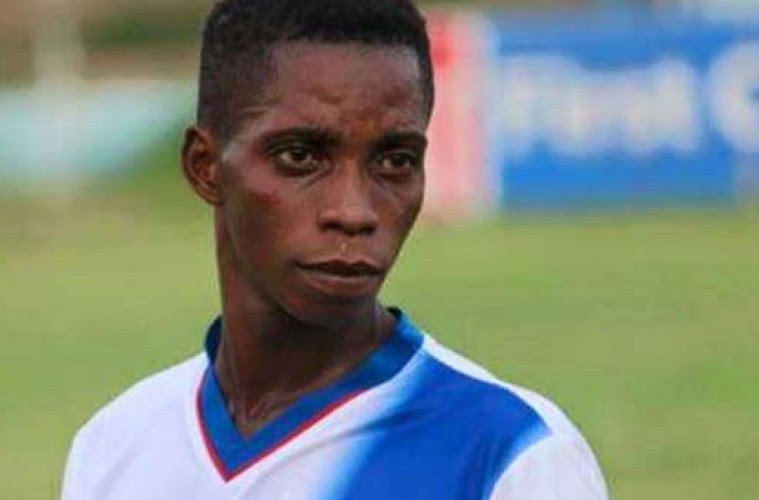 Latif Atta Blessing will go down in history as one of Kotoko’s big mistake.
The fleet-footed midfielder was on the books of Asante Kotoko but his days at Adako Jachie were not as pleasant as he would have wanted as he was reduced to a ball boy with the then Kotoko coach focusing on the established players.
He was able to find his way to the capital, joining Dansoman based Liberty Professionals. season was a breakthrough for him with many Man Of The Match displays.
His major highlight of the season was when rallied his club from a goal down to beat Asante Kotoko.
His efforts did not go unnoticed and he was crowned the most promising player of the season.
He was heard on Accra based happy FM saying he was a  better player than Aduana Stars’ Yahaya Mohammed.
What a way to begin the season.
Fans will be expecting to him to live up to his words. 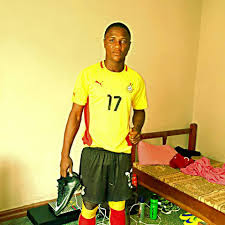 Wa Allstars had one of the biggest steals in the transfer window fending off competition from giant Asante Kotoko to sign Joel Fameye.
The former Asokwa Deportivo (Kwadwo Asamoah’s former club) striker was one of the best players in last season’s Division One League scoring 28 goals in 24 games.
His name started to dominate the air waves when he netted a brace the for the Home based BlackSstars to beat their Ivorian counterparts.
The name Fameye is a cult name in Ghana football because of a certain Joe Fameye formerly of Accra Hearts Of Oaks.
The former Hearts striker was one of the best attackers in Ghana during the 1990s winning the goal king in 1998. Will Joel be a better Fameye?
The journey begins on Sunday when Allstars play as host to Hasaacas at the Wa park 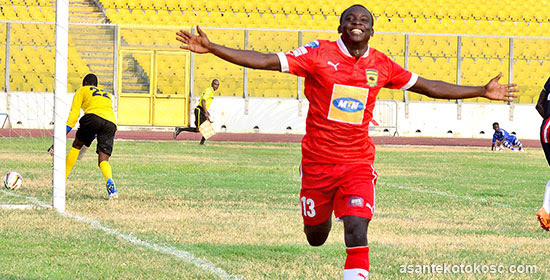 If Kotoko treated Latif Blessing as a ball boy, then Dauda Mohammed’s story at Kumasi has been a sharp contrast.
The 18-year old had his breakthrough season last year starring  as a super sub under coach Didi Dramani.
When Dramani was replaced by David Duncan, the aggressive striker played his way to become a key player for the Reds.
His fearless style of play and energy will make give defenders a lot to do.
His predatory instincts made him net a brace against Kotoko’s fierce rivals Hearts Of Oaks making him an instant fan favourite.
He is currently injured but when he returns, he is expected to lead the Red Army to the title this season and challenge for the goal king crown. 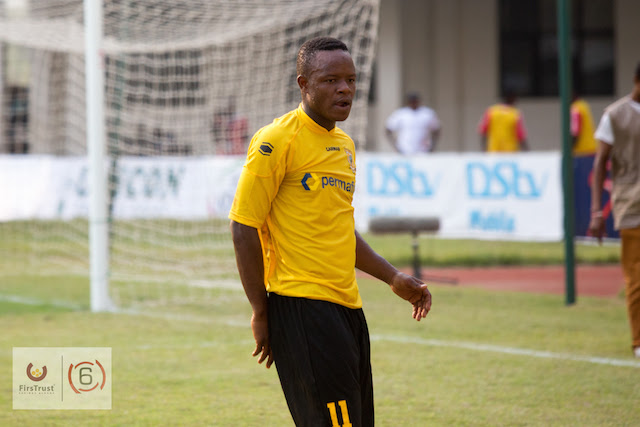 The younger of the Nuhu twins was New Edubiase’s hero last season as he single handedly saved the Adanse club from relegation last season with 13 goals and a number of assists.
Now with Obuase Ashanti Gold FC together with his twin brother, he is yet to settle down at his new home but I do aspect him to be vital for the Miners.
Time will tell if he will be a perfect replacement for Yakubu Mohammed. 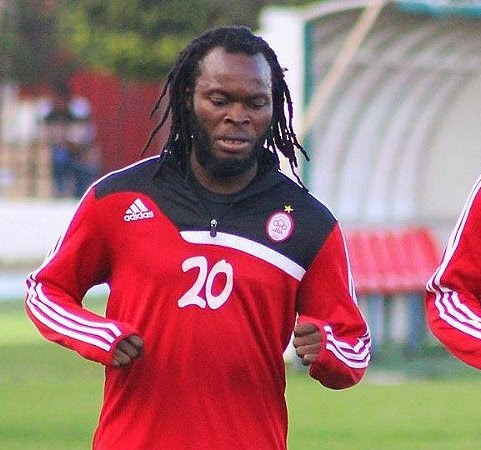 “I’m the terminator. I give orders but I don’t take orders. He should watch my videos on YouTube and come back and retract what he said.”
These are the words of Yahaya Mohammed in response to Latif Blessing when the 18 year old winger said on Happy FM that he was a better player than the much traveled utility player.
What has Latif done?
He has awoken a sleeping giant. Yahaya’s talent has never been in doubt since his days at Tema Youth but his attitude has been the deal-breaker.
If he needs something to ginger him, this is it.
The banter between the two players has made both attackers part of the players to watch this season.
Who will have a better season between Latif Blessing and Momo Yahaya?
Brace yourself for a Messi vs Ronaldo competition this season, a season with all the promise to revive interest among fans in the local game.
');
Ghana Premier League Joel Fameye Latif Blessing Nuhu Fuiseini Yahaya Mohammed
Nathan Quao